by The Lower Lights 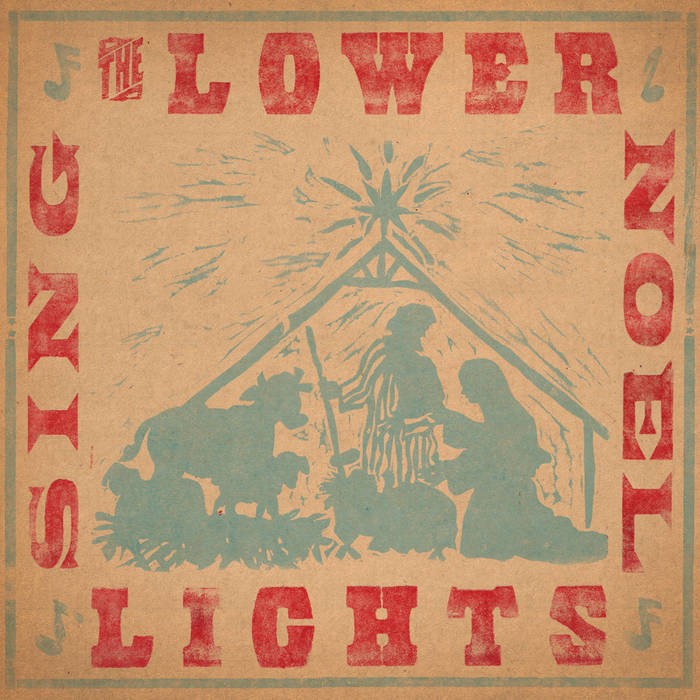 Mitchell Wade Just discovered these guys at a live show (Christmas concert, which I normally avoid). Blown away. Heart and energy. Not sweet, not preachy. Brought interesting people together on stage and in audience. REALLY cool.

JennyW The Lower Lights consistently produce some of my favorite music, no matter what the genre. Inventive arrangements that still manage to feel like they're actually the "original version"; great folk/roots styling by both the instrumentalists and the vocalists. Favorite track: The Holly and the Ivy.

When your group is built around the idea of exploring traditional songs, it comes pretty naturally to wrap your arms around Christmas songs, sung and beloved around the world. Sometimes that means making a Christmas album. In the case of The Lower Lights, it means making two.

The Lower Lights Sing Noel–yes, the second Christmas album– bears all the fingerprints and birthmarks you might expect from a Lower Lights (Christmas) album:
- a rootsy folk and bluegrass-inflected take on classic Christmas hymns (The First Noel; Once In Royal David’s City; Far, Far Away on Judea’s Plains )
- a new spin on beloved Christmas songs made famous by legends like Nat King Cole and Harry Belafonte (Cradle In Bethlehem, Mary’s Boy Child)
- a traditional English carol (The Holly & The Ivy)
- a rousing instrumental version of a traditional folk song (Greensleeves)
- a rotating horde of musicians, some of whom you might remember from previous Lower Lights’ albums as well as welcome new faces like Jay William Henderson, The Hollering Pines, and more.
- plenty of guitars, banjos, mandolins, piano, pump organ, Hammond B-3, handclaps, and bells.
And a few things you might not have expected:
- a beautiful French carol with a Celtic lilt (Bring A Torch, Jeanette, Isabella)
- a moving version of a modern Christmas song (Ron Sexsmith’s Maybe This Christmas)
- a reverent children’s song (Christmas Bells)
- a beloved regional song imported from the distant land of Arizona (Mary’s Lullaby)

The entirety of The Lower Lights Sing Noel was recorded over six days in the fall of 2013. It’s the group’s fourth studio album and second Christmas album, following up 2011’s Come Let Us Adore Him. It was produced, engineered, and mixed by Scott Wiley at June Audio in Provo, UT. It was mastered by Reuben Cohen at Lurssen Mastering in Hollywood, CA. The album’s beautiful throwback artwork is a product of collaboration between Ryan Tanner and Jim Sherraden at Hatch Show Print in Nashville, TN.

The Lower Lights are:

The Lower Lights is a gospel-folk collective that's diving into the Christian songbook– familiar hymns, lost gems, Hank Williams tunes, Christmas songs, and more. Drawing on equal parts reverence and celebration, The Lower Lights have landed on a sound that's part-revival, part-vigil, and steeped in tradition without drowning in it. ... more

Bandcamp Daily  your guide to the world of Bandcamp

Featured sounds from Fly Lo and Ahmed Idris, plus Mother Nature hops on to drop off new project